Places, like people, have pulses – if only you know how to measure them More here 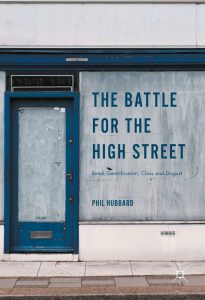 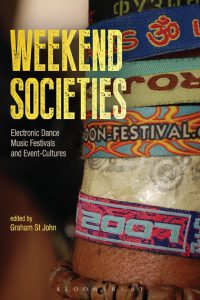 In Weekend Societies we are introduced to the emergent field of EDM (Electronic Dance Music) festivals and even-culture studies. Growing ubiquitous in contemporary social life, and providing participants with independent sources of belonging, these festivals and their event-cultures are diverse in organization, intent and outcome, EDM festivals are expressions of “freedoms” revolutionary and recreational.

Graham St. John points out an industry trend in the world dance music culture from raves and clubs towards festivals, featuring contributions from scholars of EDM festivals showcasing a diversity of methodological approaches, theoretical perspectives and representational styles.

As the title suggests, David Buck’s recent publication concentrates on weaving sound into the sensory appreciation of landscape. Through conceptual and direct reference on musical notation, his work investigates landscape architecture’s inherent temporality and calls for refocusing  this under-researched aspect provided by the model of notating time. 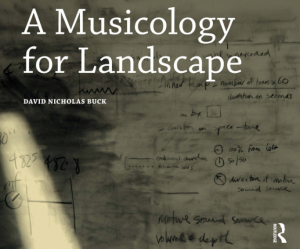 Being a landscape architect and educator, Buck’s work offers an innovative and contemporary approach to a wide range of landscape projects and as the founder of the “landscape architecture programme” at the University of East London, his design work in the UK and Japan has been widely published. During his PhD he focused on the investigation of alternatives for perspectival representations of space in landscape architecture through developing new notations from a synthesis with music, thus “A Musicology for Landscape” is evidently the latest in a succession of thriving works.

The book hereby addresses a difficulty within the architectural discourse, which is concerned with a lack of adequacy of the existing design tools to correctly explore the landscape’s inherited temporality. By seeking new forms of notation through the inclusion of musical notation, the book introduces three influential composers – Morton Feldman, György Ligeti and Michael Finnissy – presenting a critical evaluation of their work within music, as well as a means in which it might be used in design research. David Buck then juxtaposes musical scores with design representations by Kevin Appleyard, Bernard Tschumi and William Kent, until final examination through newly developed landscape architectural notations. Ultimately, bringing together musical composition and landscape architecture through notation, evokes a focused and sensitive exploration of temporality and sound in both fields.

A Musicology for Landscape – 2017 – Routledge

A very interesting work about Musicking in the city by Katie Rochow. The study documents the way in which music making serves as a vehicle for the social production of place and the creation of an affective attachment to that … Continue reading →

03/07/2017
by Alenka Barber-Kersovan
Comments Off on Busking in Berlin: Between an art of living and the art of surviving

Who is busking in Berlin and why? Mark Nowakowski provides a detailed portrait of the street music scene in Berlin and their actors. Besides the role of the artists and the matrix between them, their audience and the city, Mark … Continue reading →

The UK’s first ever live music census – a ‘Springwatch’ for live music. The Census covers all genres and takes a broad definition of live music to include events featuring DJs. A nationwide online survey for musicians, venues, promoters and audiences is open and collecting data until 31 … Continue reading →

Music Cities Network is a new public/private network dedicated to improving communication and cooperation, sharing research and knowledge, exploring policy and advocacy, and networking for policy makers, city leaders and all other music city stakeholders. The network is aimed at making … Continue reading →